when
you
left
me
sandra nunez 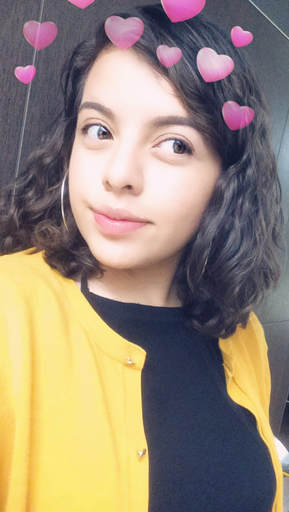 ABOUT THE POET.
Sandra Nunez was in TPI editor Nuala Mary Lincke's creative writing class in fall 2017.  When Nuala read Sandra's poem--a narrative poem/short story submission for an assignment--Nuala was blown away.  The poem was, she thought, that good.  She sent it to Anthony A. Lee for possible publication in his section.  His quick response: "It's good."  Asked for a bio, Sandra wrote: Sandra Nunez, 21. Anthropology Major. Exploring anything and learning everything, loving every moment of it.
_______________________________
I sat at the bar, and he approached me.
It’s funny. He asked my name, but didn’t care.
He bought me a drink, he ordered your favorite. Jameson.
He was tall. His eyes dark. His hair the same shade of brown.
He looked like you.

He made me laugh. Remember when you did that?
He told me about his trip to Paris. Said it would’ve been better with company.
He winked.
His body shifted, his chest looked warm. His hand fell to my knee.
I didn’t bother to move it.

I wondered why you left, where you went, were you coming back?
I didn't think you would.

He kissed me. 6 vodka pineapples kissed him back.
His lips were softer, much softer.
His hand crept upward. I stopped it.

He laughed. His dark eyes locked onto mine, He asked about you.
I told him. He knows about our fight.
You, the boy that said he wasn’t enough, left me at the bar.
All I said was you were right. I loved you anyways.

He asked your name, and cared. Funny, right?
“Kevin” I said, like it was the first word I have ever spoken.
He asked how I was going home, if I was going home to "Kevin". It sounded so foreign from his lips. I said I wasn’t.

He said let’s go and we left.

It was dark.
I lay beside him, pretended he was you.
He was sweeter. He fucked better.

I thought of you when I came.
What did you expect? You left me.
He looked like you.
But I said that already.
​