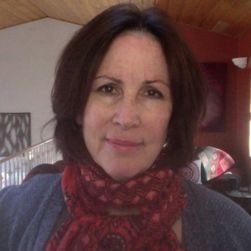 Following are the first two chapters of Hegira, a recent novel TPI editor-in-chief Nuala Mary Lincke finished.  In it, she draws on her knowledge of "my culture" as a cradle Catholic to tell the story of a Catholic religious who leaves the fold.  The novel's title Hegira comes from the Arabic word hejira, which means a flight or journey from a dangerous place.
___________________________
Chapter One

We … we feel His presence overwhelmingly at different times in our lives.  But sometimes we cannot feel Him; and we despair that we will ever feel Him again. And sometimes we … we go through something that St. John of the Cross termed a “dark night of the soul,” where we cannot see Him in anything, in the daily details of our lives, even our prayers….  And our prayers … our prayers sound like … like meaningless words to us, like—like noise without meaning—and it is like we are walking alone through an … an arid desert in the darkness, during the blackest night.  Not one drop of water or spark of light to be found.  A wasteland.  And it is then … then that we have to remember that this is just a test, that He is testing us.  And we have to learn walk by faith and not by sight.  And believe that the dawn will come.  That the world is verdant and beautiful.   His handiwork.  And that we … we will feel Him again.

In her room, Anne pressed a clenched hand had over her heart for a long moment, closing her eyes tightly.  For a moment, she felt like she couldn’t breathe.  And then she slid onto her injured knees from the seat of the wooden chair, feeling the hard wooden floor seem to bite into her bruised knees, and she folded her hands fervently together, and she whispered:  “I can hear you now, Josephine; I can hear you; I am listening to you!  He is listening to you!”  And then she looked up at the window, to the yellow afternoon sunlight shining in from outside, the way she looked up at the crucifix when she was praying in the church, and she said, “Please, Jesus—please, please, please look after our dear Josephine.  Hold her close to Your Divine Heart, and never let her go.  Show yourself to her in her darkness, in the wasteland!”
And the young sister cupped her palms and fingers, with their chewed, bitten-down fingernails, into a bowl shape, and raised them up to the window, like she was proffering an offering, and she prayed the prayer that Josephine, as her mentor, had taught her privately two years ago, at the start of her first novitiate year, when she had been troubled by the antics of those same very three students—Emilia, Ashley, and of course, Moira, when they were sophomores—and Josephine had taken Anne on a memorable and beautiful early evening walk through the tall grove of pine trees next to the convent, beneath an enormous and glowing full moon.

“You will grant my prayer, my sweet Jesus, because You love me.  You find me irresistible.  Because I love You so much.  And You cannot say no to me.”

And the empty bowl made by the young sister’s hands, and held up to the window, became translucent, and filled with bright sunlight, like a bowl of gold, hiding the devastated fingernails, and the tears in her eyes became like bright crystals, dazzling her.
“Do you hear me?” she whispered.  “Oh, Jesus, do you hear me?  Are you finally answering me?  I know you are there…!  You’re there, aren’t you?” she whispered fervently.  “Tell me that you are there!”
And it seemed that all around her in the bright sunlight there was the Stillness, the Great Stillness that she sometimes felt.  As if Someone really were listening to her.  To Anne.
And she pressed her hands with their chewed, bitten-down fingernails to her face, covering it with her palms, and wept.
And as she wept, she realized that she didn’t even know Josephine’s real name.  Her true name.  The name she had been known by before she became a sister.  Somehow, Josephine had never told her, and Anne had never told Josephine her own real name.  Who she was.
And the fact seemed at once tragic and important somehow.  And it made her weep all the more.  That, and the Stillness.  Which had been there only momentarily, and then left her.

Ah, love, let us be true
To one another! for the world, which seems
To lie before us like a land of dreams,
So various, so beautiful, so new,
Hath really neither joy, nor love, nor light,
Nor certitude, nor peace, nor help for pain;
And we are here as on a darkling plain
Swept with confused alarms of struggle and flight,
Where ignorant armies clash by night.

There are no answers to find in this life.  Just guesses and hopes.  And good companionship on the journey.  And ... faith.  Once in a while, that feeling that we are not alone.  That Someone is always, always with us.