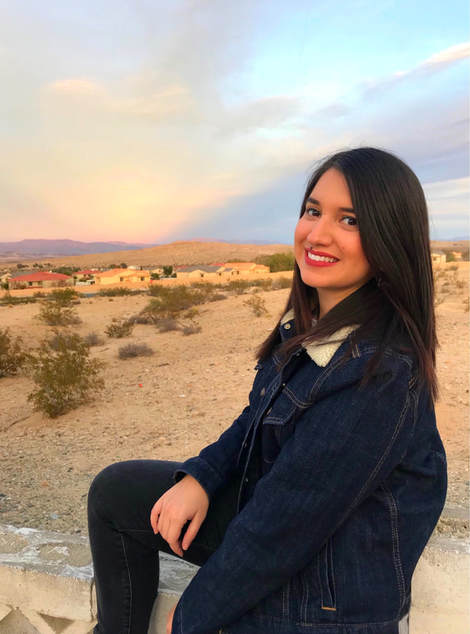 Author's Bio.  Hello! My name is Diana Bonilla. I was born and raised in Van Nuys, an area located within The Valley. In my lifetime of 25 years, I have lived through many characters in different works of literature.  A few of my favorite novels are Fahrenheit 451 by Ray Bradbury, The House on Mango Street by Sandra Cisneros, The Perks of Being a Wallflower by Stephen Chbosky, and Into the Wild by Jon Krakauer. I’m currently working on my general classes to transfer to a university to pursue my major in English. My goal in life is to make a positive impact in the lives of others through words woven into stories.

___________________________
The air smelled of smoke, trees and desperation. The gray in the sky was a mixture of fuels, pain and rain clouds.
Lesli and her friends liked going to the river on the weekends. Lesli looked at Marisela. She always admired that friend’s physical beauty matched her heart. She watched her wavy black hair stick to her skin. She noticed Diego admiring Marisela’s movements. It was almost as if every motion she created was a masterpiece.
“This heat is unbearable,” Marvin said. Everyone nodded in unison.
The friends walked a little further to the end of the bridge. By the end there was a small pathway that they would walk to which led to a small river.
“Hurry,” Lesli said as she guided them towards the river.
Marisela noticed the air was quiet, not a sound coming from the trees. She felt afraid, but she’d begun feeling this way since the war started.
Lesli and Marvin jumped into the river. Diego and Marisela sat by a large boulder, talking.
Suddenly loud scream ended their conversation. Lesli and Marvin screamed as they ran out of the river.
“We have to go,” Diego said as he blocked Marisela’s view. The group quickly gathered their things and began to run.
“Don’t turn around!” Diego exclaimed, but it was too late.
Marisela saw the body floating in the water. He was about 12 years old, with a gunshot wound in his forehead. Marisela watched as the small body floated. She thought about his parents, if they knew he had been executed like a wild animal.
She thought of the last face he saw before the bullet reached him. The farther her body was carried away by Diego the smaller the boy got. He continued to float, and she wondered if, one day, she’d float too.