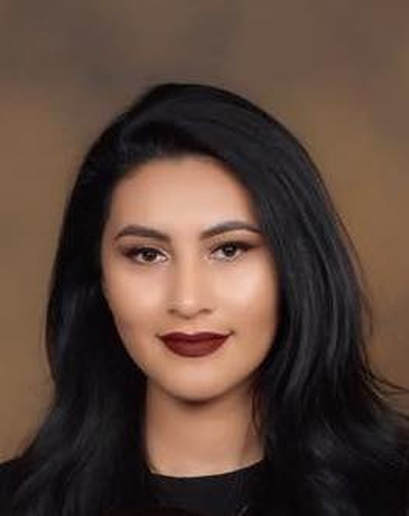 Crystal Rosales is completing her third and final year at West Los Angeles College. She will be transferring to CSULA to complete her Bachelor's Degree in English and Early Childhood Education.

She wrote "Oblivion" for TPI editor-in-chief Nuala Mary Lincke's creative writing class in the fall of 2017.  In the story, she ably paints the picture of one of womankind's worst nightmares, in which "nothing ... [i]s ever stolen except a piece of a woman’s soul."
_____________________________________
She thought of herself as average. Not particularly beautiful, but she knew she wasn’t hideous. Her eyes were a plain, dark brown and her hair was medium length. She was 5’4’’ and weighed about 115 pounds. She wasn’t a movie star or anything, but she liked to think that one day she’d find the perfect guy. I mean.. Don’t we all?
On a regular Sunday morning, she runs down the street to her local grocery store.  She picks up her dry cleaning, and stops at the pet store to stock up on dog food. She runs her everyday errands, never once taking a second to look at the world around her. She gets home and just before she puts her key in the knob, she realizes the door's already open. She stops for just a second before she laughs and tells herself not to be cynical. She bursts through the door, halfway alert, and sets everything on her dining table.
Five weeks ago there had been a series of break-ins. Except nothing in the house was ever stolen except a piece of a woman’s soul. Women everywhere comforted themselves by reassuring themselves that that could never happen to them. However, most of the time, nothing is ever what you expect.
She walks towards the bathroom, ready to reward herself with a perfectly chilled bottle of wine and a well-deserved bubble bath. The only thing missing is the music. She quickly slips into a silk robe and walks into her room. After grabbing the CD, she turns around and immediately drops it. She’s so stunned she can’t even shriek. A man walks from behind her door and smiles. She takes a deep breath, and runs.
“Baby! You’re home! I missed you!”
He grins, maliciously.
“I missed you, too.”